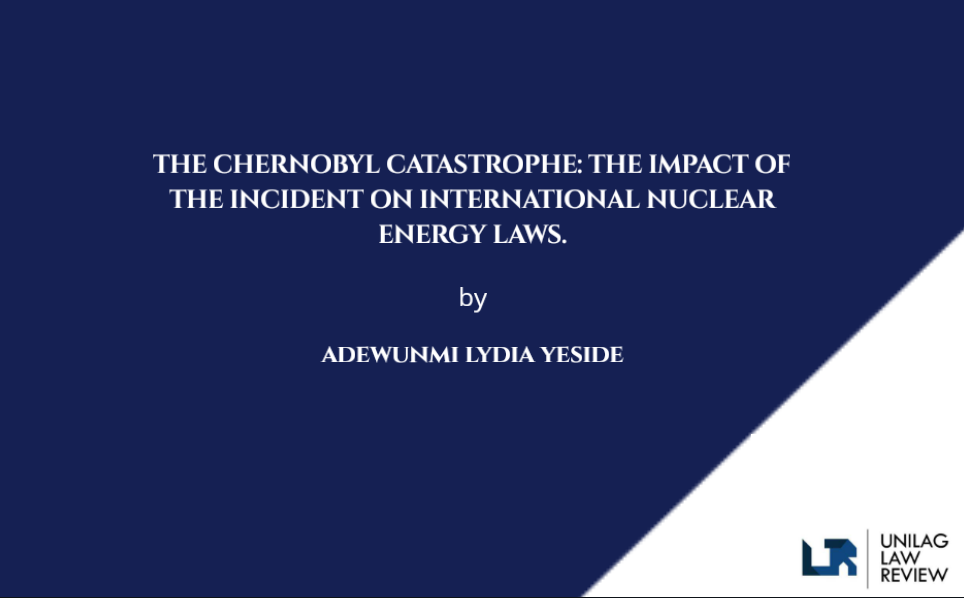 “The accident at Chernobyl showed again what an abyss will open if nuclear war befalls mankind. The nuclear age forcefully demands a new approach to international relations…”

This segment takes you on a trip down the historic lane on what is undeniably regarded as the worst nuclear accident to ever happen. Over three decades after the Chernobyl catastrophe, the degree of radioactive pollution across the boundaries of affected territories is generally still well known.

On the 26th of April, 1986, a vast accident occurred in the fourth unit of the nuclear plant in Chernobyl, Soviet Union (which is now known as Ukraine). The accident started during the fourth safety test which was commonly used by the Soviet Union as three prior tests had been conducted since 1983 and proved abortive. The crisis kicked off with an enormous loss of coolant in the Chernobyl reactor’s core. A large amount of nuclear energy was suddenly released vaporizing the overheated cooling water for the plant and rupturing the core with a massive explosion. Two gas explosions blew the roof off the reactor building and exposed nuclear energy into the atmosphere. The fire from the explosion burned in open air and released a poisonous cloud of smoke, gas and radiation which continued consistently for about a week. At a press conference which was held in Moscow at that time, the Soviet Union revealed that the incident was caused by an experiment arranged to determine the possible length of time that electricity could be produced by the reactor in the event of an unexpected interruption of power supply.

The second segment focuses on the effects of the Chernobyl accident at the time, environmental issues, humanitarian consequences and international implications.

The radioactive fallout from Chernobyl initially permeated through Russian Federation, Belarus, Norway, Finland, Sweden and the heart of Europe through shifting winds. About a month after, small amounts had found their way across the Pacific Ocean and to the United States of America.

Months after the incident, radio nuclides were present mostly in soil deposition. As a result of the level of environmental damage caused by the accident, over 200 people from the Soviet Union suffered from acute radiation and sickness. Inhabitants near the area were evacuated as the first environmental counter measure and remediation. The European international community prohibited the importation of fresh food from Eastern Europe including milk from cows that had been grass fed. Diplomats and tourists returned home.

In 2018, the United Nations Scientific Committee on the Effects of Atomic Radiation (UNSCEAR) reported that the accident also was responsible for nearly 20,000 documented cases of thyroid cancer among individuals who were under 18 years of age at the time of the accident in the three affected countries including Belarus, Ukraine and the Russian Federation.

According to a report by WHO, The Chernobyl accident led to extensive relocation of people, loss of economic stability, and long-term threats to health in current and possibly future generations. Widespread feelings of worry and confusion, as well as a lack of physical and emotional well-being were commonplace. The dissolution of the Soviet Union soon after the Chernobyl accident, and the resultant instability in health care, added further to these reactions. High levels of stress, anxiety and medically unexplained physical symptoms continue to be reported among those affected by the accident.

This segment focuses on the position of international laws on nuclear energy before the incident and impact of the accident on international nuclear laws.

The incident brought into focus the inadequacy of individual domestic laws in protecting the global environment. An important question raised by international law scholar, Falk, was that “should the decisions of consequence for the future of the world and for humanity as a whole be left within the province of natural jurisdiction determination?”

The Chernobyl disaster had proved that a nuclear accident could cause damage not only in the state where the accident happened, but also thousands of miles away. Pollution and radiation do not perceive individual national territorial boundaries and as such, there was the need for recognition of liability for damage caused in other states by the transboundary nature of the accident. While it can be inferred from the Trail Smelter Case that a state is responsible for any material damage done to other states over activities which occurred or are occurring in the said state, international law has numerous roadblocks as a result of a lack of means for actual enforcement.

Prior to the Chernobyl catastrophe, the Geneva Convention 1958 took only a preliminary step towards environmental protection as regards transboundary pollution. Also, the Vienna Convention on Civil Liability for Nuclear Damage granted jurisdiction over cases for nuclear damage to courts of states in whose territory damage occurred. The issue however, was pragmatic enforcement across international boundaries. At the time of the Chernobyl accident, radiation protection was not developed sufficiently to be applied for practical counter measures. Special limits for public radiation protection in the case of nuclear emergencies were not specifically established in international documents, instead, they were recommended.

The Chernobyl incident served as an eye opener to the affected countries as well as the international community in preventing and addressing accidents emanating as a result of nuclear power plants and atomic energy. Within six months of the incident, International Atomic Energy Agency adopted the 1987 Convention on Early Notification of Nuclear Incident/Accident and 1987 Convention on Assistance in the Event of Nuclear Incident/Accident. The disaster also caused the Vienna Convention for Civil Liability for Nuclear Damage adopted in 1963 to “awaken from its sleep”. In 1988, a Joint Protocol forming a bridge between the Vienna Convention and Paris Convention on international nuclear liability regimes was established. The necessity for reforming the Vienna Convention was stated in Resolution GC (XXXII)/ RES/491 of the International Atomic Energy Agency (IAEA) General Conference in 1988.

In 1991, the Chernobyl Trust Fund was created by the United Nations Office for Co-ordination of Humanitarian Affairs (OCHA). The fund shifted the focus from emergency assistance in the case of such incident to long term development and remediation. Subsequently, the Convention on Nuclear Safety and the Convention on Supplementary Compensation for Nuclear Damage Liability were adopted to put the international community on a platter of creating safe reactor designs to avoid future occurrences and place a binding liability of future accidents on states responsible for material damage respectively.

A popular saying goes, “A smart person learns from his experiences, but a wise one learns from the experiences of others”. It is on this premise that the international community has taken drastic action and shaped laws to accommodate appropriate counter measures and practical solutions to unforeseen future occurrences. Over the years, scientific, practical and technical research has been carried out by experts so as to get a better understanding of what actually transpired, the extent of the impact and the most effective and efficient methods of decontamination. New additional international regulations have been adopted as a result of public concerns of the environmental and radiological effects of the accident. In February 2016, Post “Fukushima”, the Nuclear Safety Culture was encouraged at the IAEA conference.

Thirty Three years after the historic catastrophic incident at Chernobyl, Soviet Union, the world is still shaken, but not fallen. The assertion that “Nuclear safety is no longer just a national regulatory mission” stands stronger than it ever could.

Adewunmi Lydia Yeside is a 400 level Law student of the University of Lagos, Nigeria. She is interested in issues relating to international law, energy law, environmental law and human rights. She is also interested in visual arts, global cuisines and music. She is currently the vice president of the Oil and Gas Bar, University of Lagos. Email: yeside.adewunmi@gmail.com 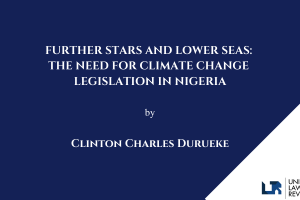 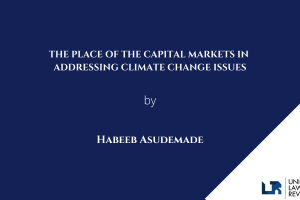 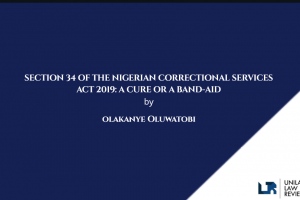