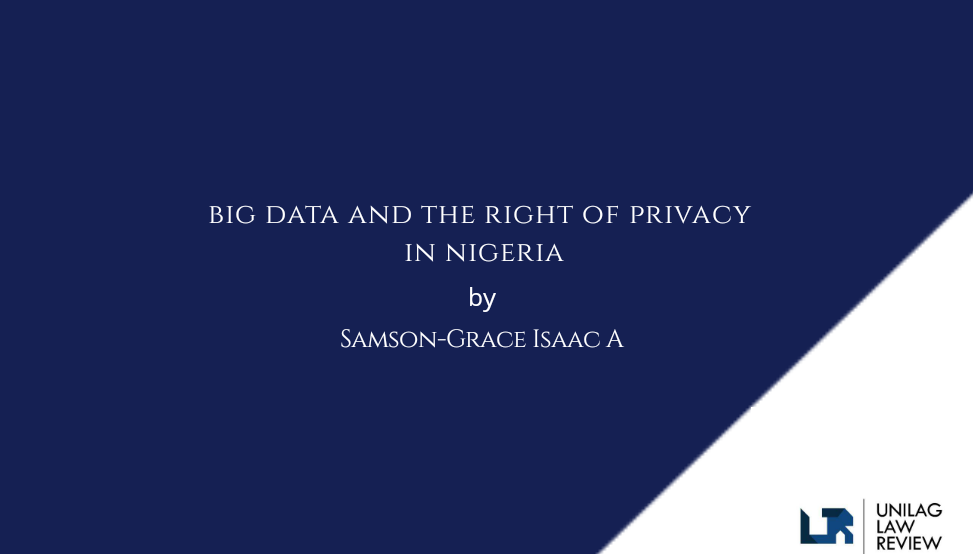 Andorra (also known as the Principality of Andorra) is a microstate located on the iberian peninsula between France and Spain. During the euro crisis, Andorra fell into an economic crisis and in a bid to overcome the crisis, the country decided to sell all the data about its citizens. These data includes internet browsing histories, data from sensors in the city, data on consumer behaviour among others.

The aim of Andorra is to become the first Smart city and in their own words, the world’s first “Real World Lab”. It is important to note however that the process of selling the data excludes any form of known ethics process, permission from the citizens or opting out by the citizens. Whilst this is an economically viable option, a curious thought would be if the citizens of Andora should have had a say and an option. In the satirical book 1984, George Orwell portrays an all seeing being in Big Brother and the government through survelances and cameras. It is interesting to note that this is not far from the current reality. An interesting question would be, “How far is the action of Andorra from our current reality as nigerians in this age of big data?”

Big data can simply be described as a lot of data. It is a massive volume of unstructured and structured data that cannot be processed by traditional and software techniques. However, for a detailed description, SAS defines big data as “large volume of data – both structured and unstructured – that inundates a business on a day-to-day basis. But it’s not the amount of data that’s important. It’s what organizations do with the data that matters. Big data can be analyzed for insights that lead to better decisions and strategic business moves.” In the year 2005, Roger Mougalas from O’Reilly Media coined the term Big Data for the first time. Soon, industry analyst Doug Laney consequently articulated the definition of big data as the three Vs which are: Volume (accumulated from a wide variety of sources), Velocity (accrus in real time speed) and Variability (comes in all sorts of formats). Big data and modern analytics have become popular and in high demand in sectors such as the banking sector, education sector, manufacturing and retail sector, health care sector and even the government isn’t left out. These sectors have integrated Big data and data analytics into optimizing their operations and gaining insight in order to make well informed operational decisions. It is believed that correlation is quite close to causation so a close systematic study of a given set of data about a set of people, variables considered, illuminates and gives insight and patterns on human behaviour and preferences. This helps organizations to tailor decisions towards trends.

The sources of big data are streaming data, Social Networking Sites (SNSs) and publicly available sources (like sensors and smart grid technology). Big data is all seeing if put in the right hands. For insight on how big data works, let us examine the case of Target and the pregnant teenager. A teenager was pregnant but had not informed anyone. Through her purchases at Target, the company could take an accurate guess that she was pregnant. The company started advertising baby items to her through mediums like emails and coupons. The teenager’s father was upset as he felt that Target was encouraging teenage pregnancy only to find out that his daughter was actually pregnant. It is interesting to note that there is nothing legally wrong with what Target did. Target earned about 67 billion dollars in retail sales in 2010 largely influenced by the use of big data and data analytics. Target assigns customers a Guest ID number that is tied to the customer’s name, credit card, email address and other useful piece of information the store can collect. Using the information on past purchases, Target can create an impressively accurate profile to use in customer-specific advertising. In the case of the lucrative baby industry, Target looks at 25 items purchased by shoppers in various sizes to assign a “pregnancy prediction” score. This is just one of the many examples of the rising effect big data.

Privacy, from a traditional perspective has always focused on inviolability of an individual’s home, personal physical space or property owned. Thus, privacy was all about protecting individuals from physical intrusion. Rights to Privacy has however evolved to be more than that as Solove opines, “traditionally, privacy problems have been understood as invasions into one’s hidden world. Privacy is about concealment, and it is invaded by watching and by public disclosure of confidential information”. The law can never be as fast as technological advancements and privacy law is no exception as Solove rightly notes that “the story of privacy law is a tale of changing technology and the law’s struggle to respond in effective ways.”

The concept of privacy has long been shaped by available technologies. For example, in the early 19th century, the major privacy related issue was sensational journalism and the development of new technologies in photography. Two great scholars, Warren and Brandeis feared that the recent developments of photographic technology and newspaper journalism would lead to a violation of individuals’ private space. Warren and Brandeis therefore defined privacy as “the right to be left alone, a right to be protected from intrusion into one’s private life”. The information revolution of the 20th century ushered in another era in privacy development. The advent of the computer, the proliferation of databases, and the birth of the internet have created a new breed of privacy problems and big data reigns supreme and largely unchecked.

In Nigeria, as in most jurisdictions, the right to privacy has its foundation in the Constitution. Section 37 of the Constitution states that “[t]he privacy of citizens, their homes, correspondence, telephone conversations and telegraphic communications is hereby guaranteed and protected”. The provisions of the 1999 Constitution in section 37 as relates to the rights to privacy are somewhat omnibus; like an umbrella and does not appropriately address the issue of data privacy. Hence, the primary statutory instruments on data protection is the Nigerian Data Protection Regulation 2019 and Framework and Guidelines For Public Internet Access 2019 both signed on the 25th of January, 2019 by Dr Isa Ali Ibrahim (Pantami), Director General National Information Technology Development Agency (NITDA) made pursuant to the National Information and Technology Development Agency Act, 2007 (“NITDA Act”). The objectives of the Nigerian Data Protection Regulation are as follows:

a) to safeguard the rights of natural persons to data privacy;

b) to foster safe conduct for transactions involving the exchange of Personal Data;

The objectives the the regulation show intent on the draftsman to protect the privacy of citizens. The regulation is quite commendable in its efforts to build on the 2013 NITDA guidelines for data protection. However, it is sad that this new regulation still does not adequately cover the field on the intricacies of the rapidly evolving modern concept of big data. Canada has 28 federal, provincial or territorial statutes governing data protection and privacy and China has data regulations generally considered to be stricter than the GDPR (General Data Protection Regulation). The biggest challenge of the new regulations will however be implementation and enforcement.

Conclusively, Nigeria, unlike Andorra has not sold its citizens’ data. However it is indirectly giving it out for free in a lacklustre manner, this owing much to its inability to actually make laws and regulations that depict the modern realities of the emergence of big data and also, importantly provide facilities for effective implementation of the laws and regulations. For now big brother isn’t just a fictitious all seeing and all knowing being in a book or a show where people stay together in confinement and someone wins millions , it is big data and as long as you are connected to the internet one way or the other, he sees you.

Samson-Grace Isaac A. Esq. ACIArb [UK] is an associate at Doyin Rhodes-Vivour & Co. He has keen interest in Data Science & Analytics, Corporate Law Practice, and ADR & Arbitration. He is a member and associate of the Chartered Institute of Arbitrators [UK], Young Arbitrators Network – Lagos Court of Arbitration (YAN-LCA). He is also a writer and the founder of the witbox.org. He strongly believes that the world belongs to those who can reshape existing realities.

ADOPTING ARTIFICIAL INTELLIGENCE TO LAW PRACTICE IN NIGERIA; A LAWYERS DELIGHT OR DILEMMA?

The Infringement On The Right To Education Of Children With Disabilities