The topic of housing in a growing economy is a severe matter that all countries have to deal with. Lagos, being an epicenter of commerce in Nigeria and Africa at large is rather faced with vast problems regarding tenancy. Due largely to its cosmopolitan nature and surging population estimated at 21 million, Lagos, is the most viable real estate destination, though with the most expensive rental market in the country. The city is adjudged Africa’s second most expensive property market, after Luanda in Angola, and is a major financial center in Africa.

The law regulating tenancy matters in Lagos State is the Tenancy Law of Lagos 2011 (as amended) – TLL. The law, formerly known as Rent Control and Recovery of Residential Premises Law Vol.7 Laws of Lagos State 2003, came into force on August 24, 2011, and was given assent by Mr. Babatunde Fashola (SAN), the former Governor of Lagos State, and the current Minister of Power, Works and Housing. The impetus for its enactment at the time is not far-fetched. First, there was a growing concern that the property rights of the estimated 20 million population, which continued to increase at an exponential rate, was not adequately protected. Secondly, it came against the backdrop of the State’s policy to remake Lagos into a mega city. As such, the enactment of the TLL was seen as the best bet to curb the excesses of unruly agents, landlords and tenants, whilst ensuring that the state’s tenancy law was in kilter with similar provisions in more developed societies.

However, the recent amendment to the TLL by the Lagos State House of Assembly has seen significant changes to the tenancy law of Lagos. The house of assembly passed the bill into law on the 3rd of November 2017, and there are some new but crucial changes to the law of tenancy in the state. The thought on the mind and question on the lips ofresidents, landlords, estate agents and practitioners, is whether or not these new improvements would be possible to adopt and will impact positively, or will just be a printed futility.

THE NEW LAW – what does it say?

The new law provides, inter alia, in Section 4 (1)that

(1) It shall be unlawful for a landlord or his agent to demand or receive from a sitting tenant rent in excess of three (3) months in respect of any premises.

The reasons for this enactment are not difficult to observe. Speaking at the stakeholders’ meeting on Tenancy Law of Lagos State organized by the Commission on July 8th 2017, the State Attorney-General and Commissioner for Justice, Mr. Adeniji Kazeem said that the modernization of Lagos into a smart city made it imperative that its legislations reflect modern day realities, especially in the provision of shelter. The Commissioner added, at the time, that the proposed review of the law was also part of the ease of doing business drive of the State government aimed at drastically reducing all bottlenecks capable of hampering commerce and other practices that negate global practices applicable in developed countries of the world.

Secondly, it was changed to accommodate the average Nigerian on a monthly salary, and also look into arbitrary rents been collected by the landlords.

Nevertheless, there are grave implications for the passage of this bill into law. First, there is an argument that the law is unfair and disproportionate to landlords who, more often than not, rely on proceeds from the rent to make a living. As the law now requires that landlords can only collect 3 months’ rent from a sitting tenant, this effectively cut-shorts the revenue of many landlords, who, perhaps, will now need to balance the maintenance of the buildingwith meeting ends means.

More akin to this is the argument that the changes to the law are arbitrary and not far-reaching. This is not difficult to see. The Act provides that 3 months maximum rent applies ONLY to a SITTING tenant. This in essence means that NEW tenants may be asked to pay up to 2 to 3 years rent before moving into a rented apartment, which itself is hardly defensible considering that the Act was amended in order to protect tenants.

However, despite these looming issues with the amendment to the Act, it may be argued that the changes are good, but the implementation may be difficult in practice. Its relevance cannot be over-emphasized. It was Babatunde Raji Fashola who submitted in his speech “How to Unlock the Potentials of the Housing Sector”at The Nigerian Stock Exchange (NSE) Sub-Saharan Africa Real Estate Investment Trust (REITS) Conference On Tuesday 23rd May 2017, that;

Hence, although these changes are desirable, the question remains whether these changes will be effective or will be plunged back to the lack of compliance that has bedeviled the old law. For what it’s worth, if all the laws for the improvement of a nation are penned down in lofty documents and there is no proper implementation of these laws, it is as good as non-existent.

Normally, the Tenancy Laws of Lagos State was drafted to favor tenants, but with this modification, it is hard to tell whether the tenant is being favored here or the landlord. But some people will see this as favoring the tenant too much in his place as a tenant. However it still rests on implementation, for if all the laws for the improvement of a nation are penned down in lofty documents and there is no proper implementation of these laws, it is as good as non-existent.

Tomiwa is an enthusiast and a problem solver. He is interested in Property Law Oil and Gas and Insurance. He is an undergraduate of Faculty of Law, University of Lagos, he is an active member of Taslim Elias chamber and formerly an Academic Secretary of the chamber.

How Complex is the Financial Market? – A Tale of the Two Horsemen. 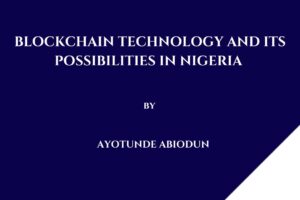 BLOCKCHAIN TECHNOLOGY AND ITS POSSIBILITIES IN NIGERIA 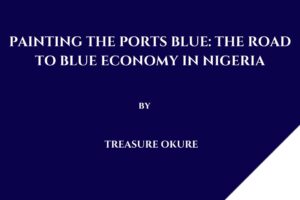